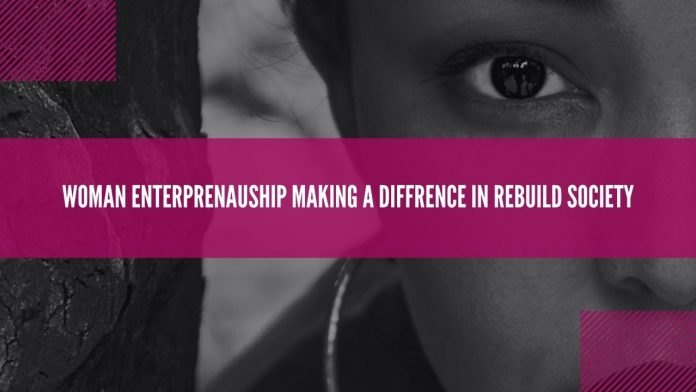 A time was there when women were not even allowed to go outside. But nowadays women can beat discrimination and can do all the things which a man or a group of men use to do.

It is defined as a process in which a woman or a group of women initiate a business with proper startups, accumulate all resources, undertake risks, helps in generating employment to the general mass, face challenges, and take crucial business decisions independently. There is an estimation of around 1/3 entrepreneurs of the global entrepreneurs are women. So now woman and business go side by side.

Per statistical data, almost 80% of the household expenses are met by the women themselves. This data shows that women are robust decision-makers, and economically they are worthy. Eventually, it becomes a piece of strong evidence, where women could be considered as strategic entrepreneurs. In other words, women could be considered as ‘SHE ECONOMY.’

Before going deep into the subject matter, I like to state a statement on the first business woman.

Sarah Breedlove was the first woman entrepreneur in the world. Her other name is Madam C. J. Walker. She was also known for being an American-African woman entrepreneur. She was a social and political activist. She was also a philanthropist. She had won the name and fame of being the most wealthy and self–made American – African woman entrepreneur. She was born in 1867 and died in the year 1919. Within her lifetime, she founded her own business- C. J. Manufacturing company. She had attained success in the manufacturing and marketing a line of products, which includes hair care and enormous cosmetics products. The most remarkable thing is that even she was born to a village living family in Louisiana. Later on, she made her journey towards the north only to develop and flourish her business empire.

The new era of woman entrepreneurship

It is very exciting and thrilling to know that in the United States, the number of female business owners has shown an increase of 74% in the last 20 years. Moreover, the trend is in the increasing direction. At present, a lot of thanks to their independence financially, they are also thriving more to maintain a healthy professional life and family life balance. That means they can do well in their own business and are best in their families also. Also, it is widely believed that most of the ladies’ businesses perform twice than that of a business owned by a male. Women are so optimistic about owning a business. They say of getting an opportunity than meeting risks. And just the opposite happens in the case of male business owners. So, in consideration of all these points, women entrepreneurs are growing at a faster pace than it is expected.

How people thing about women and business?

Most of people even in old time think that women cannot be successful business. But with changing time, people thinking also get change. Now men also think women can also do better than them. That why they try to support them in getting success so that they can also make success story in this society.

The women, as the better half of men, act as a crucial role in supporting their husbands in finance, morals, and many more. Women are largely remarked for their better conservation of resources, used in the household such as electricity, cooking gas, etc. The women entrepreneurship did not start in recent years, but it had started as early as the 17th century onwards.

Women have been carrying their trades in trades of wider varieties. From ironmasters to merchants to even dressmakers. These women in the olden days, left no stones unturned like breaking the ceiling glass or climbing on a steep slope, to get their work done.  There are many stories linked with woman success in ancient time, which one can read online.

How are Woman Entrepreneurs making a difference?

When entrepreneurship comes into the picture, there is the statement in an already published report that women tend to fall after wealthy and vast business owner men. It is generally accepted that only a man will handle a business, and a woman will not be able to. But various statistical data about women business owners- their success and abilities have been so eye-opening nowadays. When a woman initiates a business, it becomes very overwhelming, and at the same time, it becomes challenging for her to survive. But later on, due to her skills. She can tackle or the hurdles in the smooth running of her business. They are some eye changing facts, where a woman business owner makes a drastic difference in the socio-economic environment.

There are many more examples of women business owner, who has made a great difference.

Now, I will pick up some stories of successful women business owners:

Many more names are still in the gallery, but due to space constraints, unable to lay down the names of more.

Conclusion:  So society is changing and women also play important role in business. One can find huge examples where women get success in business without any support. 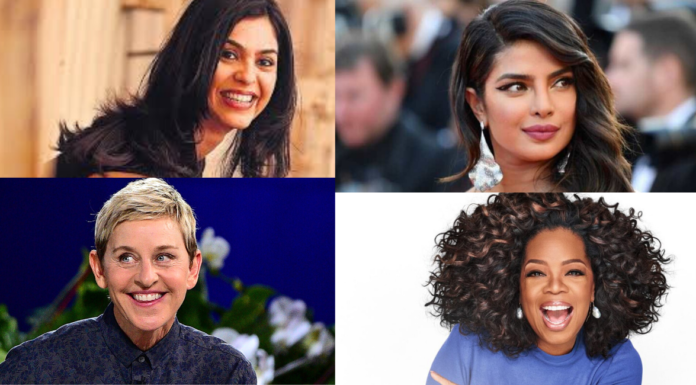 Goals every woman should set: Breaking the glass ceiling and moving past patriarchy